In 2008 the Caumsett Foundation and the NYS Parks Regional Environmental Office established the goal of managing invasive plants in CSHPP. At that time the invasive plants Mile-A-Minute (MAM) and Mugwort were growing profusely in an 8 acre area know as the Debris Site, an organic debris deposition area. Located northeast of the grassland restoration field (see adjacent photo) this 8 acre area was used to deposit leaves, trees, stumps, wood chips and other organic landscaping materials. According to Park personnel, wood chips and tree stumps from the park had been stored at this site since the 1970s.

From 2000 to 2001 manure from the horse stables was deposited in this area for park use. Scattered within the area the large mounds of decomposing wood chips and manure created a rich environment for the Mile-a-Minute and Mugwort to thrive. The Mugwort grew as a monoculture through out most of the area whereas the MAM trellised on stumps, wood chip and brush piles. The readily available nutrients in the decomposing debris combined with the aggressive nature of MAM fostered its ability to spread into the adjacent woodland of Walnut trees along the northern border of the site. 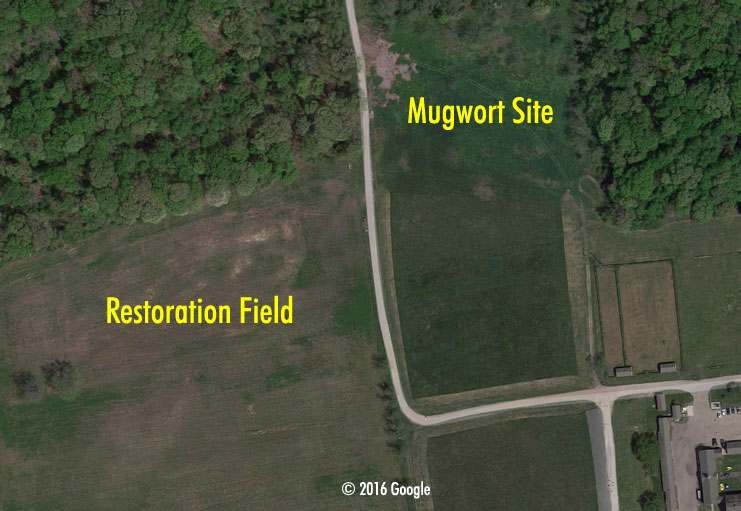 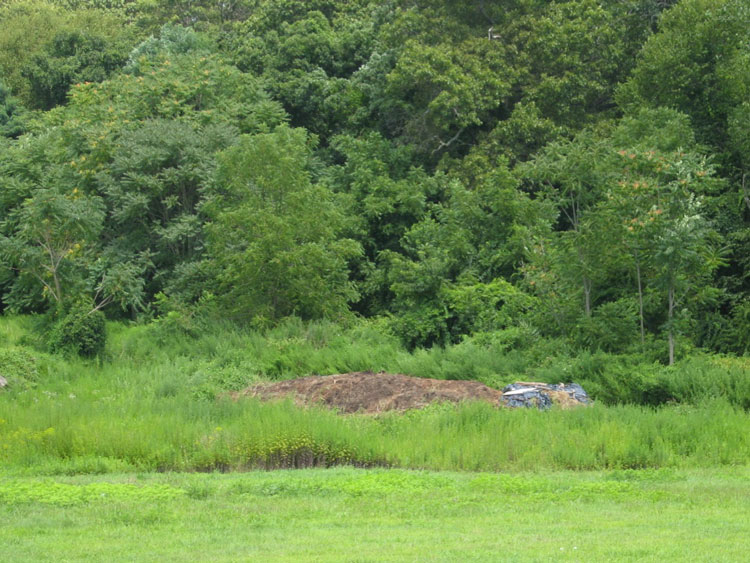 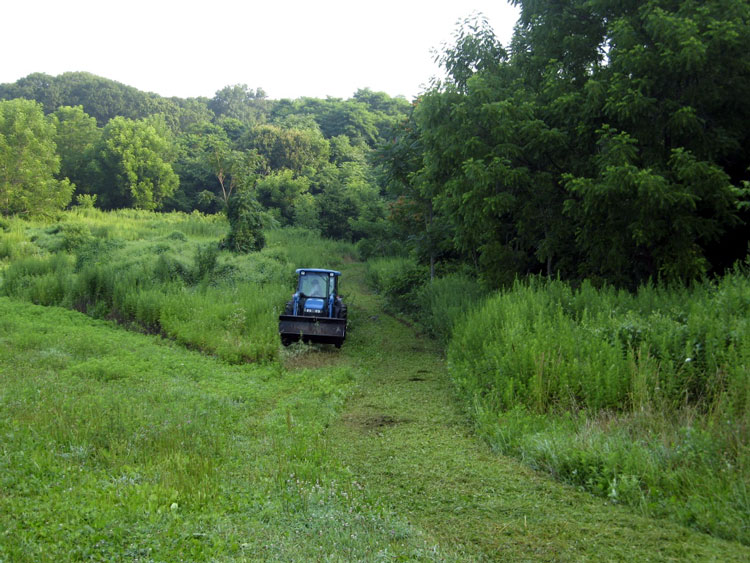 Extensive areas of Mugwort being mowed. 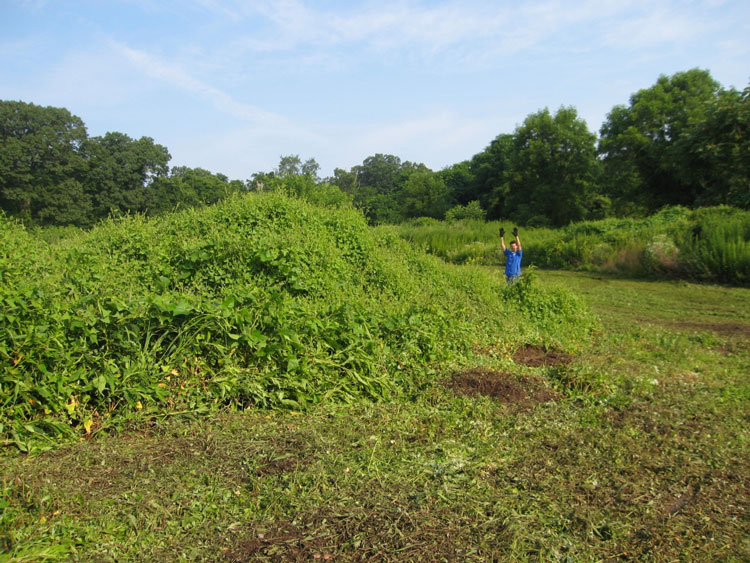 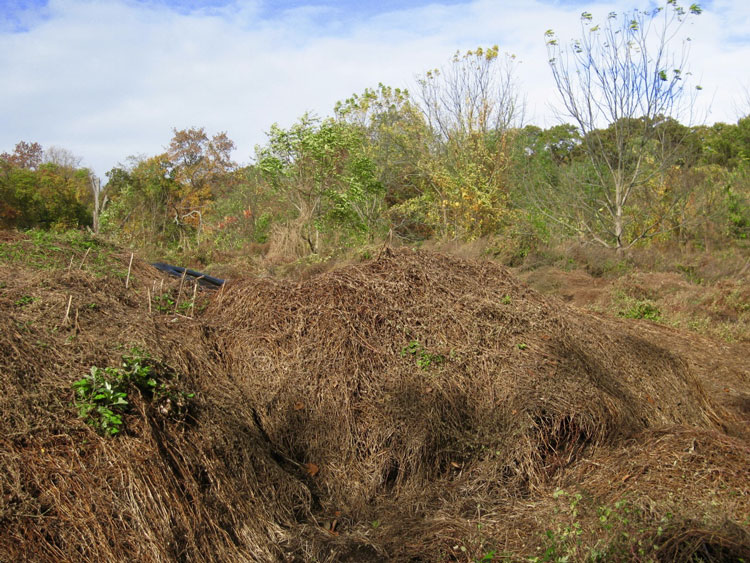 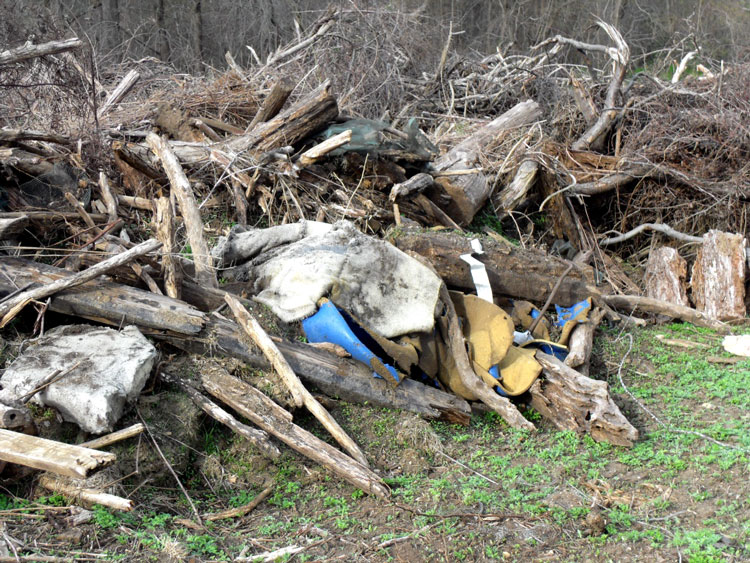 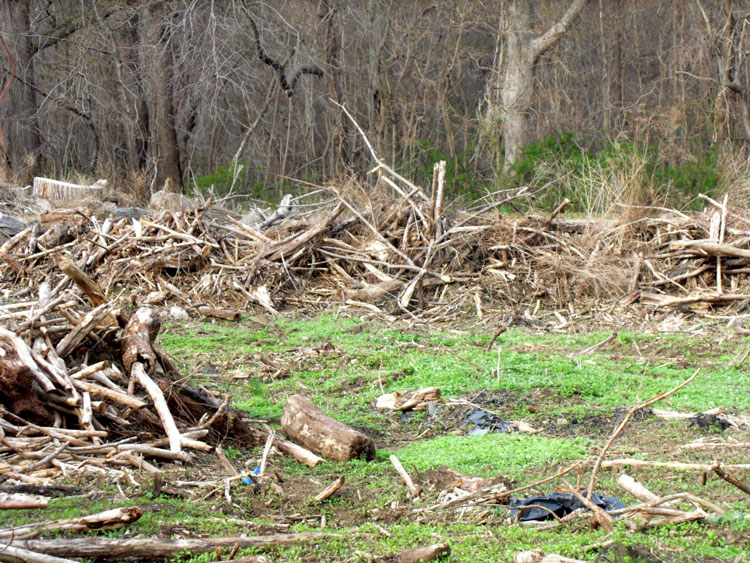 Early Volunteer Efforts to control MAM and Mugwort: 2008 until 2010

Volunteers wearing gardening gloves, long pants and long shirt sleeves removed the foliage and the roots of Mile-a-minute plants during the late Spring and summer whenever possible. Pulled weeds were placed into large black plastic bags which were left in the sun for at least four weeks. Since bagging the weeds was very time-consuming, volunteers decided to place the weeds in a pile then cover them with black plastic bags which was a successful strategy. Black plastic bags also covered the newly exposed weeded surface to prevent any plants from reestablishing. 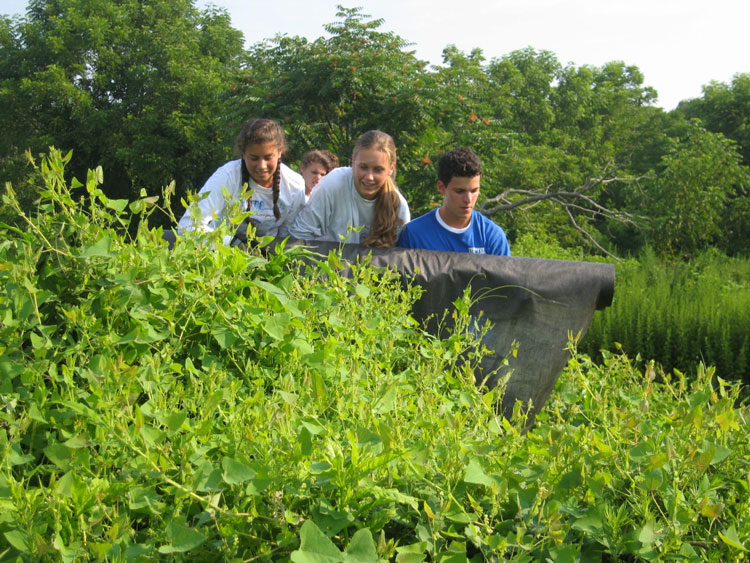 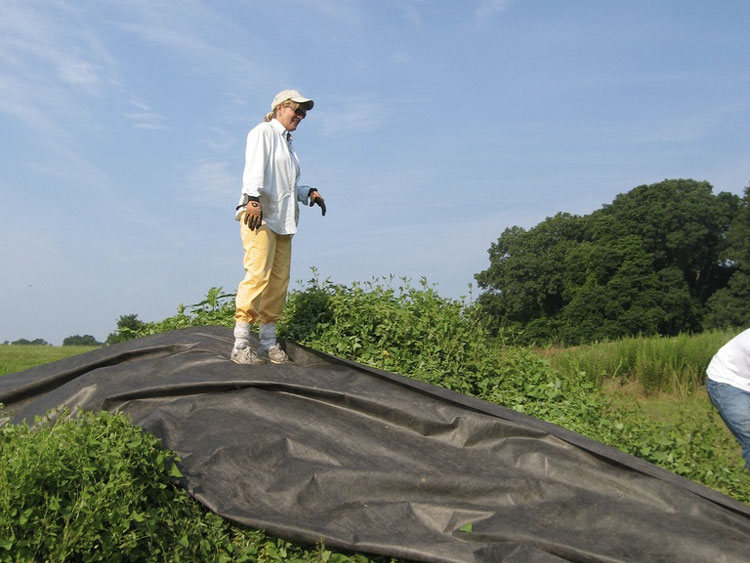 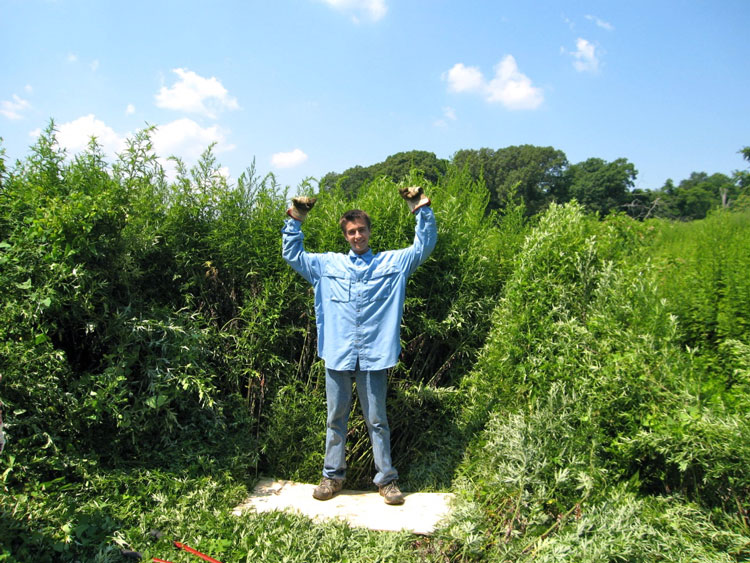 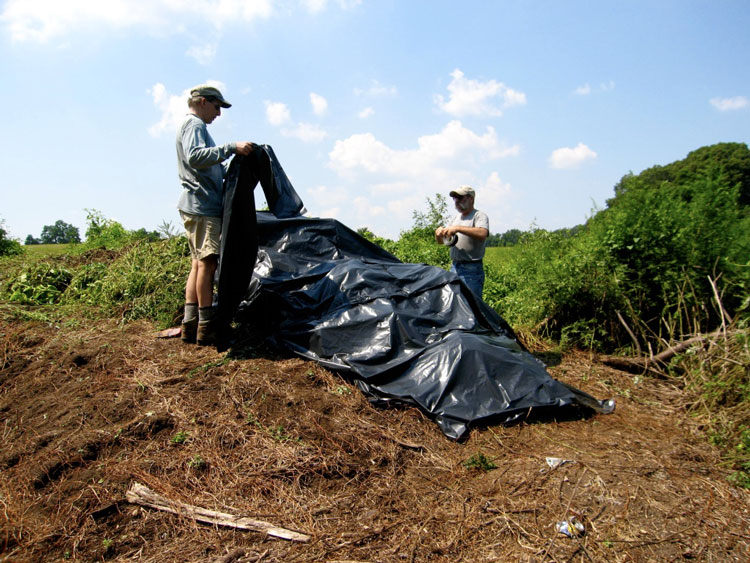 The bags were held down with stakes and rocks. When Mile-a-minute was the dominant plant growing on the debris mounds we would attempt to remove the infestation by hand. In some places this weedy vine was growing over the invasive species Mugwort. The Mugwort’s height of two to six feet and its location on the mounds made weeding it impractical. To resolve this removal problem volunteers used plywood signs to flatten the Mugwort and Mile-a-minute. The flattened plants were then covered with a dark plastic tarp. This technique is similar to Soil Solarization in that it uses trapped solar radiation to cause an increase in temperature needed to kill the invasive plants. 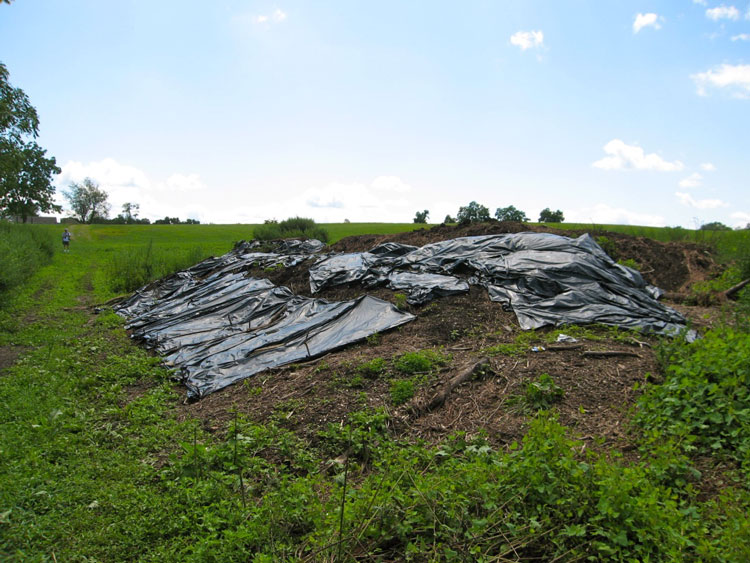 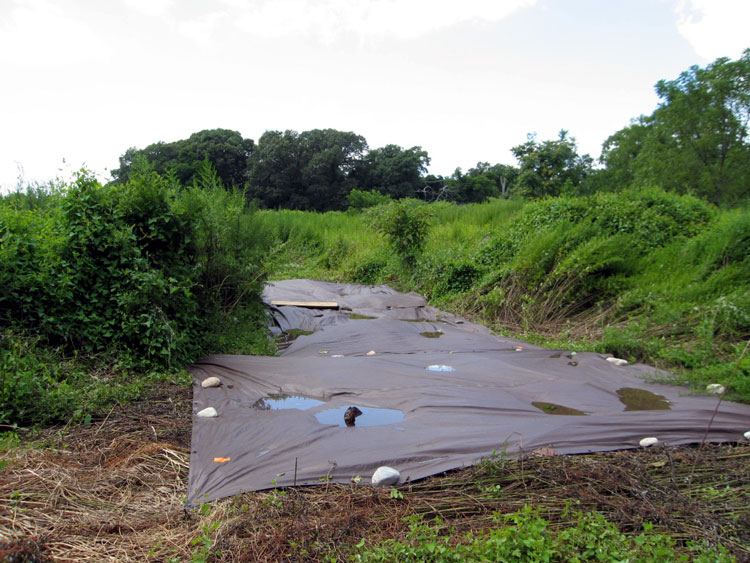 During the next sessions we continued pulling the Mile-a-minute growing on the debris mounds. In addition, the plastic bags used early in the season were replaced with tarps and black ground cloth cover. After several weeks we found that the rocks and stakes failed to keep the tarps and ground cloth in place. To remedy this problem volunteers filled sand bags with soil taken from the debris mounds and placed them on the tarps and ground cloth during the last weeding session in November (Figure 8). Nearby tree stumps were also used to hold down tarps. Inspection of the site in late December showed that some of ground cloth had managed to slip away from the sand bags and tree stumps. The smooth surface of the cloth may make it unsuitable for use in the open field.

Although volunteer participation was consistent over two years very little progress was made in preventing the spread of these invasive plants. Manual weeding was inefficient, laborious and unsuccessful in adequately managing these plants. During this time period mowing was limited to the areas surrounding the piles of wood chips, manure and woodland debris. Consequently the invasives in these areas continued to grow and spread into adjacent areas. To remedy this situation in 2011 NYS Parks removed by chipping on site 50% of the debris and in 2013 the Caumsett Foundation contracted to have the remaining debris removed and/or chipped on site. This removal of woodland debris allowed the entire area to be mowed on a regular basis as a control method for both invasive plants. All debris was either chipped or hauled off site. 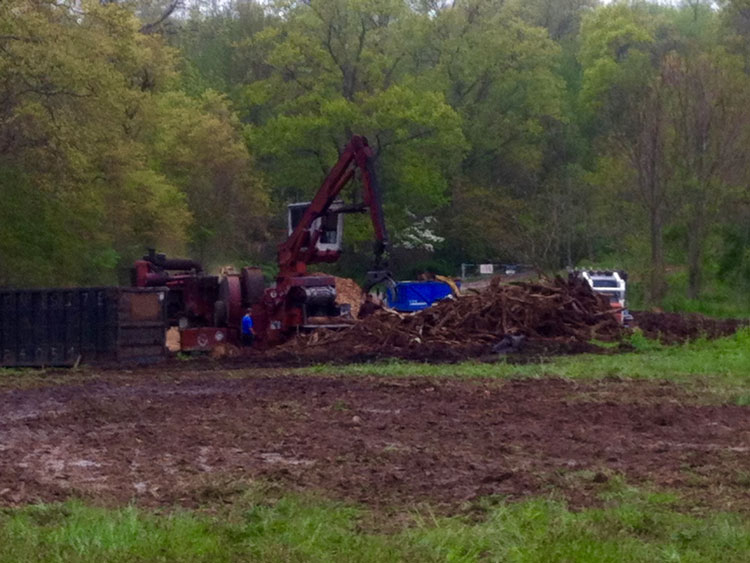 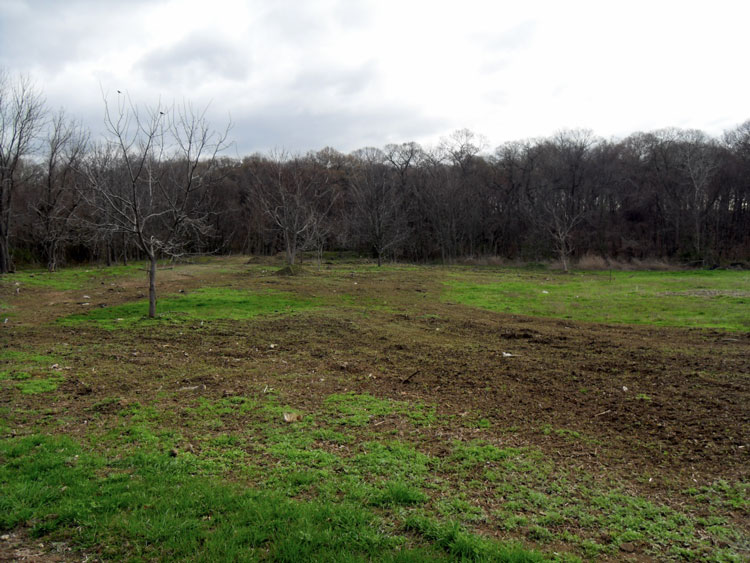 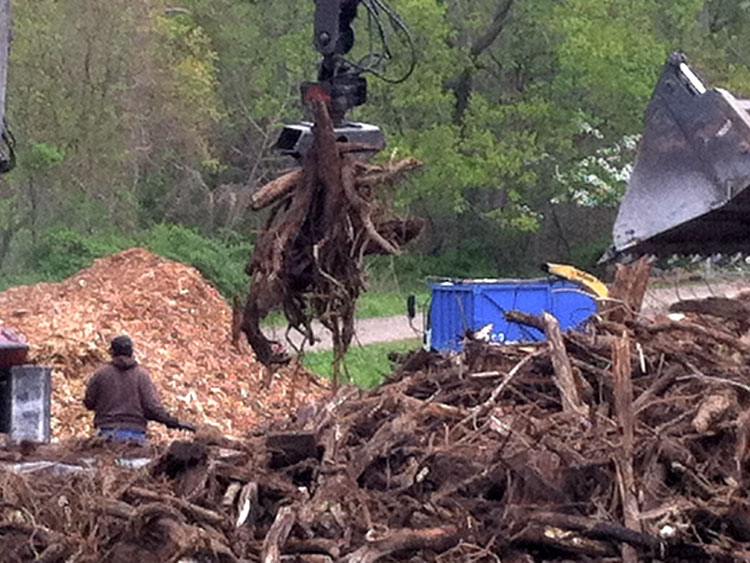 Mowing to control Mugwort and Mile-a-Minute

During the 2014 and 2015 growing seasons the 8 acre site was mowed continuously in an effort to exhaust the root reserves of the perennial Mugwort as a means of reducing this invasive plant as well as Mile-a-Minute.

Percent Composition of vegetation for two different transects during the 2015 summer had the following results:

In the spring of 2016, areas cool season grasses and wildflowers could be seen growing in parts of the Mugwort stand. 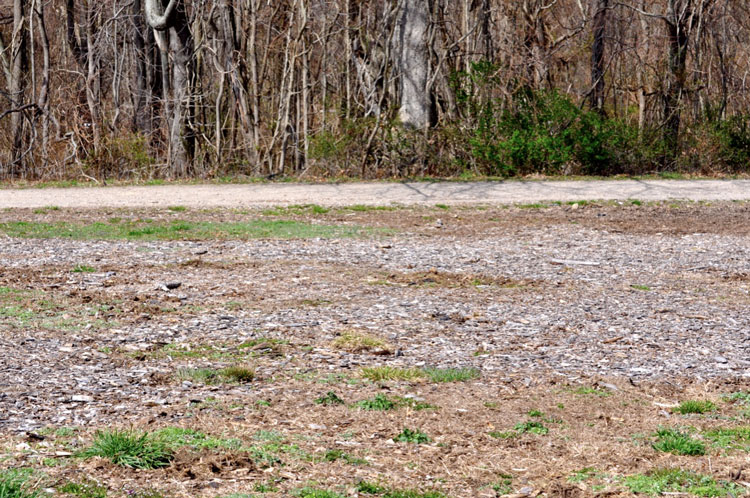 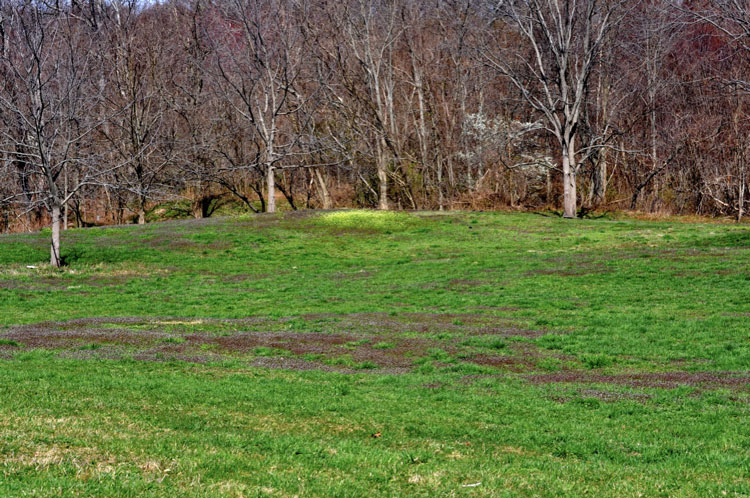 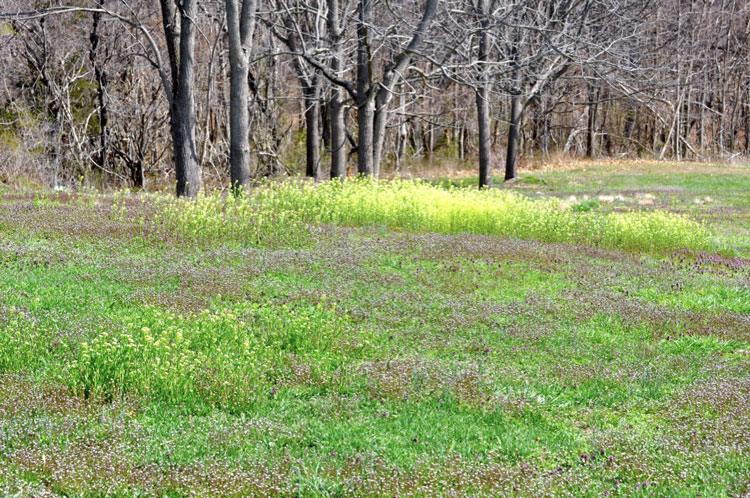 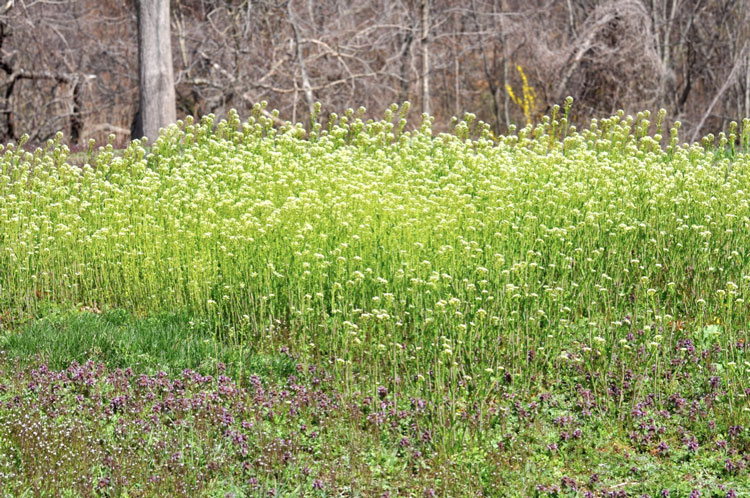 On June 30, 2016 a vegetation transect of site #1 contained the following data:

* Data collected in this category of Forbs, grasses and sedges includes the percent composition of Canada Thistle 8.6 % and Curled Dock 0.58%.

On September 7, 2016 a vegetation transect of site #1 contained the following data:

* Data collected in the category of forms, grasses and sedges includes the percent composition of Canada Thistle 9.5%, Foxtail 12.8%, Stilt grass 29.8%.

While the 2015 results show Mugwort occupying a smaller percent composition relative to other vegetation, several dense areas of Mugwort were observed outside the two transects. Transects in 2016 indicate a higher density of Mugwort at site #1 compared to 2015 data. However, taken together the data indicates that Mugwort is no longer the monoculture that it once was and that its overall density appears to be declining. While a decrease in Mugwort is encouraging the invasive plant Canada Thistle had spread into part of this area during the summer of 2016.

The annual plant Mile-a-Minute was virtually eliminated from this site once the debris was removed and regular mowing commenced. During the summer of 2016 small amounts of MAM were pulled from this area and were easy to control.